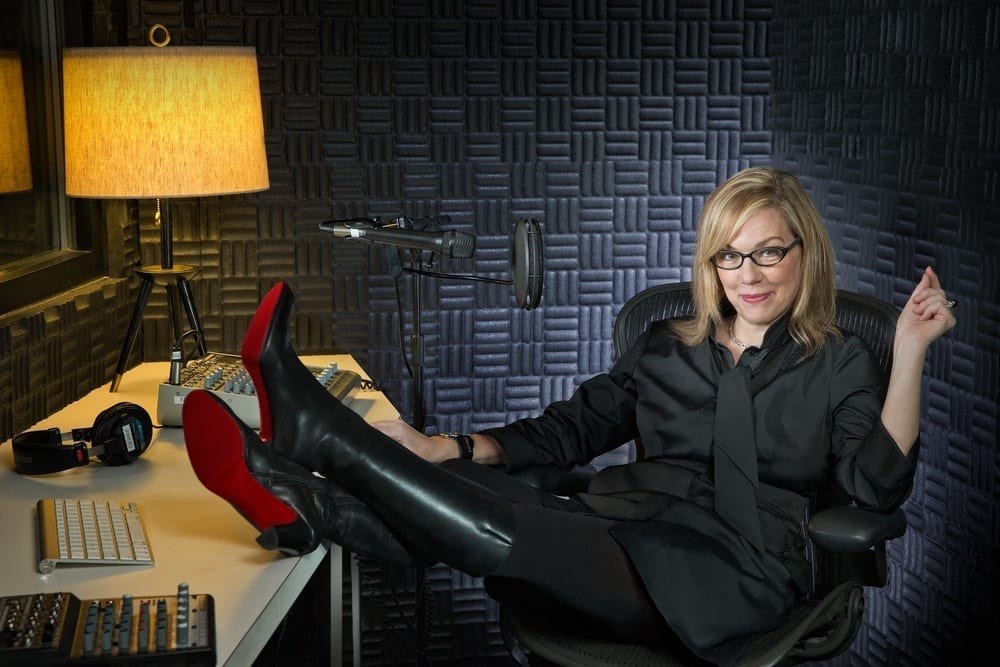 Debbie Millman is a designer, artist, author, educator, CMO of Sterling Brands and host of Design Matters, the world’s first and longest-running podcast on design. As President Emeritus of AIGA, one of five women to hold the position in the organization’s 100-year history, and one of the most influential designers working today as named by Graphic Design USA, Debbie’s leadership in the industry is undeniable. We were  so inspired by her presentation at HOW Design Live 2016 about overcoming rejection and failure that we tracked her down to learn more about her secrets to creative success.

Debbie on her influences….

Gloria Steinem. She paved the way for so many with great intelligence, deep wit, huge empathy, a spectacular sense of humor and a profound resonance and resilience you rarely see in anyone, man or woman.

On keeping criticism from swamping creativity…

I have three skills that I think help me with criticism and rejection: The first is that I am a “finisher.” I almost always finish what I start. I am a firm believer that no matter how good or bad you think something is, there is a benefit to actually completing it. Not everything you make has to be perfect. You learn as much from the strikeouts as you do from the home runs and it is important to understand WHY you struck out in order to really learn about the conditions that led you to striking out. This helps you improve your form and also takes some of the pressure off of experimenting.

Second, I don’t believe in “too busy.” I think that busy is a decision! We do the things we want to do, period. If we say we are too busy, it is just shorthand for “not important enough” or “not a priority.” Busy is not a badge. You don’t “find” the time to make things, as Maria Popova says, “You make the time to do things.” If I want to do something, I don’t let busy stand in the way. I make the time to do it.

Finally, I have a hard time taking no for an answer. I often ask more than once for something, even if I’ve been turned down. I will ask a different way, or wait a bit of time before asking again or find a more creative way of manifesting a YES. Sometimes this can be annoying, but mostly I can’t help myself.

I have five key beliefs about facing doubt that I keep close to my heart:

On what leadership means to her….

I believe that leadership depends on a unique combination of learned skills, and it’s up to the designer to discover and master these skills. The need for meaningful leadership has been fiercely debated in the last decade, whether in reference to leading a country, a political party, an organization, a family, or even oneself. Steve Jobs has famously stated that, “innovation distinguishes between a leader and a follower.” While that makes for a snappy sound bite, I think that leadership is more complex than coming up with new ideas or products. Rather, I think the goal of a leader is to help people who may be struggling to find more effective ways of doing things, and to inspire people who are effectively doing things to surpass their expectations of what’s possible.

Leadership is a privilege but it carries responsibilities. There are many diverse and inspiring ways to lead, and leaders behave in very different ways. Yet, I think all leaders share a common attribute: they have a mission or point of view that is reflected in nearly everything they stand for and is apparent in everything they accomplish.

The world is a subjective place. There is no empirical definition of what makes something good; often only the test of time reveals whether it is or isn’t. Like art, opinions on greatness are varied and fierce. The quality of your work very well may be judged by those who aren’t schooled in the discipline, which can make for very challenging presentations or interviews. But showing a prospective employer the benefit you can provide can be far more effective than telling them how, and only a leader can do this with gravitas, panache, and meaning. The tenet to “lead by example” is the most widely accepted guideline for effective leaders, and it clearly makes sense. But it’s not the only principle worth following.

On cultivating courage and confidence…

I believe that confidence is achieved through repeated success. Repeated success provides a foundation that exudes confidence. Really smart people don’t have to prove that they are smart; they exude intelligence. It isn’t heavy-handed or showy. You can’t tell someone you are smart or intelligent and expect they will automatically believe you. Authentic confidence is more internal; it isn’t cocky or arrogant. If you have to “tell” people you are confident, chances are you are insecure about its authenticity.

The act of being courageous—taking that first step—is much more critical to a successful outcome than the notion of feeling confident while engaged in the process. Courage requires faith in your ability before you experience any repeated success.

Courage is the birthplace of authentic confidence.